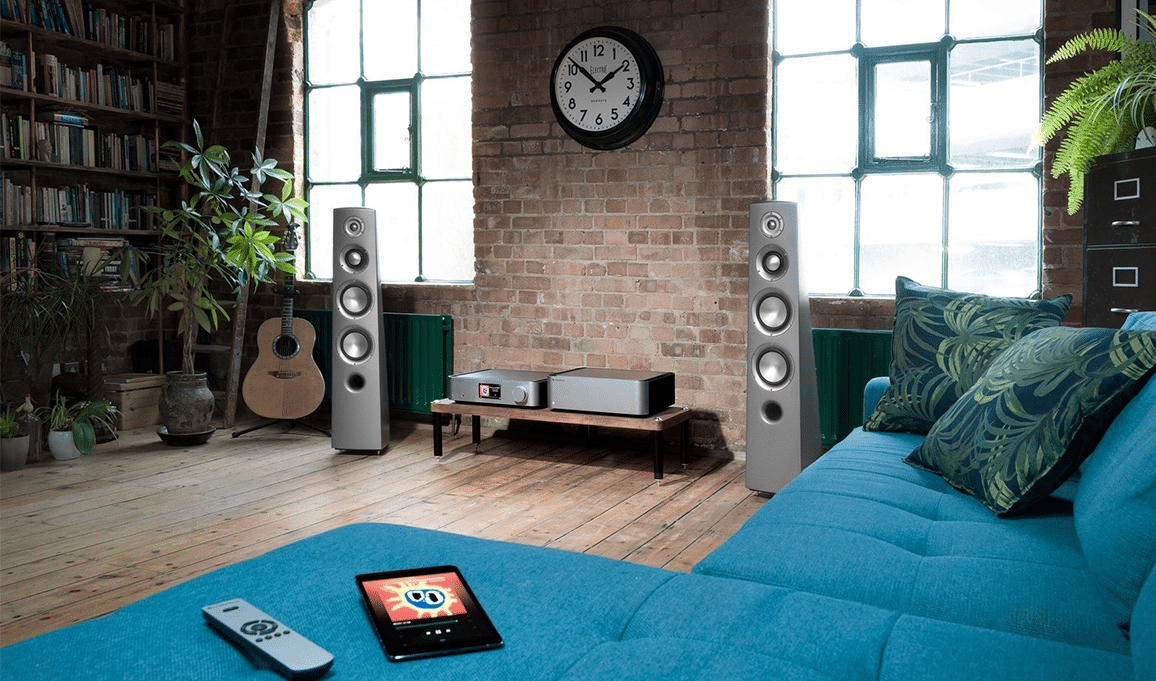 Through Amazon’s Seller-Fulfilled Prime program, Cambridge Audio used Amazon sales to drive more traffic through their direct sales channels. By streamlining all of their fulfillment through a single provider, they were able to maintain the same service levels across all channels to drive overall growth and exceed their revenue goals.

The Next British Invasion

Cambridge Audio was founded in 1968 in Cambridge, England by a group of young technology graduates. The company has since evolved into a high-end brand with a relentless commitment to serving listeners the famed “Great British Sound”. Their full line of high-fidelity headphones, speakers, and stereo equipment are engineered to deliver a pure sound exactly as the musician intended it to be heard.

Cambridge launched sales in the US in 2017, and their Director of Americas, Gregg Chopper feels that the Great British Sound has been accepted by American consumers “with open ears”. They’re known for offering an exceptional product at a fair price and have carved out a sizable market share, often with few to no direct competitors for some of their best-selling products.

Stepping Across the Pond

Cambridge tested into the US market by selling a selection of bluetooth speakers on Amazon and in Sam’s Clubs. Their products were well-received, but they soon saw that their growth would not reach its full potential until they established a physical presence in the US. They expanded their retail partnerships to include audio-centric retailers like Audio Advice, Crutchfield, ListenUp, Music Direct and World Wide Stereo to name a few. They also expanded their direct to consumer (D2C) sales through both Amazon and their ecommerce site.

Amazon soon became their fastest-growing channel, and Gregg saw the online marketplace as an in-road to the mass-consumer market. He knew that their high-end product had potential to appeal to more than just audiophiles and that Amazon was a necessary component to broadening their D2C customer base. However, he wanted Cambridge to enter the marketplace on its own terms, without diluting their brand or becoming fully reliant on Amazon sales.

This strategy meant creating a well-branded Amazon storefront that clearly felt like a Cambridge Audio store and fulfilling all of their orders through SFP (Seller-Fulfilled Prime), rather than shifting fulfillment to Fulfillment by Amazon (FBA). Fulfilling their Prime shipments themselves gave them access to Prime’s more than 100 million members while maintaining control over their inventory and branded packaging and allowing full visibility into fulfillment and delivery statuses. In this way, their approach became truly multi-channel. Rather than baking their entire business model on third-party marketplace sales, they use that channel to feed their direct sales and retail partnerships with a distinct and reputable brand voice that keeps shoppers coming back for more.

“Seller-Fulfilled Prime was a non-negotiable for us. Amazon is just one tool in our toolbox for increasing our market share. In order to use it to drive traffic to our other sales channels we had to have a level of control and data-driven insights that FBA just couldn’t offer.”

The challenge became finding an outsourced fulfillment provider that could maintain Prime’s rigorous shipping standards at their high level of demand. Knowing they were looking for a single fulfillment partner that could adeptly serve their Amazon channel, online store, and retail sales channels, their long-term shipping partner UPS introduced them to Ware2Go.

After onboarding with Ware2Go, Cambridge Audio was able to reach 100% of their customers with 2-day shipping, regardless of the sales channel. They soon saw that more than just a requirement for Amazon Prime, 2-day delivery had potential to be a revenue driver across all of their sales channels. They saw a marked improvement in sales on their ecommerce site after implementing fast shipping guarantees and an overall increase in D2C sales of 58%.

Their expanded delivery footprint also enables them to better serve their retail partners. Many of their partners have minimal inventory storage space and keep relatively few products on-hand. By forward-stocking their inventory in 3 strategic Ware2Go warehouses, they’re able to reach their East coast retailers within 2 days, keeping Cambridge top-of-mind for salespeople who know that a customer is more likely to make a purchase if the product is guaranteed to arrive quickly, whether for in-store pickup or at-home delivery.

By leveraging these increased service levels across all of their sales channels simultaneously, Cambridge Audio has grown overall sales by 98% year over year and exceeded their revenue goals this year by over $2.5 million before even hitting the holiday peak season.

Looking to the Future

With this new partnership in place Cambridge Audio feels prepared to take on a likely unprecedented peak season for ecommerce sales, launching a new product across all of their sales channels on Black Friday.

As they and many other SFP merchants look beyond peak season, Amazon’s even tighter restrictions around on-time delivery, including mandatory Saturday fulfillment, loom large on the horizon. However, when asked how he feels about satisfying these new requirements, Gregg Chopper says he’s confident in Ware2Go’s commitment to upholding their SLA’s and preserving Cambridge Audio’s valuable Prime status no matter what restrictions Amazon puts in place.